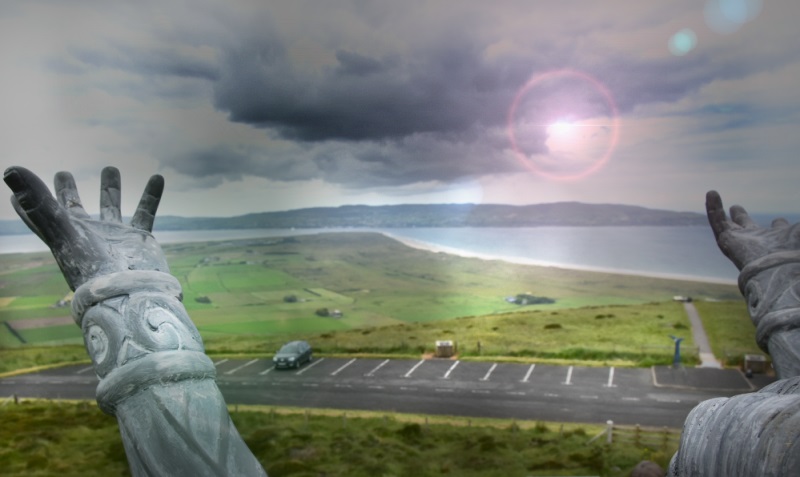 The MotoE motorcycles are fully electric and zero-emission.
The top speed is 155mph compared to 220mph for a MotoGP machine.
A MotoE bike can go 0-60mph in three seconds.
There is no gearbox or clutch.
MotoE motorcycles weigh nearly 60% more than MotoGP machines.
They take no more than an hour to charge, and for every hour there is 20 miles of maximum performance from that battery. 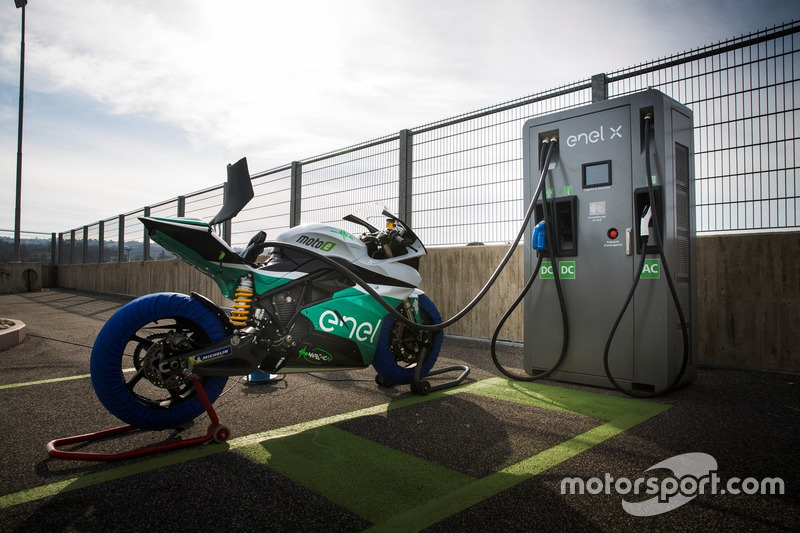 “Imagine what it would be like peddling a bicycle, without pedalling, and without it being a bicycle”

“The roar of an akrapovic exhaust at 100mph filtering down the M50 being replaced by the whirring spin of a playstation console within the speed limits and all controlled by a government App which must be kept up to date.”

“Birds have been doing just fine for years without propellers and jet engines polluting the atmosphere and melting the ice-caps leaving thousands of penguins stranded, homeless and in despair.”

“MotoGP are at the forefront of this silent protest against historically noisy and wreckless motorcycles damaging our environment, and are leading by example towards a revolutionary new propulsion method to harmonise our carbon footprint and help create a much healthier environment for bees, b***erflies and everyday sustainable living for the greater good of humanity”
Caoimhe b***erly, The Green Party

For MotoGP rider Bradley Smith this is now his reality as he prepares to compete in the MotoE World Cup.

The new event is part of the MotoGP series and is the equivalent of Formula E, as it features electric motorcycles powered by renewable energy.

Bike fans will have to be content with a new ‘silent’ alternative. MotoE machines have no engine, no gearbox and are charged by batteries.

“I can hear my knee slider touch the ground and I can hear my bike vibrate as it goes over the kerbs, and all of that is really strange,” says Smith, who will be racing for the One Energy Racing team.

“For me, it’s like something out of Star Wars – they’re not completely quiet, the bike still has character.”

The opening race gets under way on 7 July at the Sachsenring in Germany, but there were doubts the championship would ever go ahead this year after a fire at a test session a few months back destroyed every single bike.

The March 2019 fires engulfed a newly built ‘E-paddock’ causing almost 1.6 million metric tons of toxic hydrocarbon emissions to be released into the atmosphere, and while no-one was injured, an investigation is still underway.

However, MotoGP bosses confirmed that a ‘short circuit’ reference at a debriefing may have been the culprit and misinterpreted to mean something else. This will now be refereed to as ‘international nautical unit distances of measurement’ in order to avoid further confusion and the inadvertent loading of electrical charging units which sources say may have caused the batteries to overheat and self combust following much confusion and language misinterpretation surrounding the statement.

References to ‘International Circuit’ will remain the same.

The inaugural MotoE GP race was previously set to be held in Jerez on 5 May before the incident which claimed 1,600 Madagascar penguins and caused paddock wide power disruptions and outages for iphone users. British rider Bradley Smith, 28, was not sure if he could even ring home ;

“I was heartbroken – my battery was on 12% and twitter was pushing updates from people i don’t even know, bookface was serving russian ads for blowup dolls and the missus was wrecking me head about toilet seats”

“Just when I went looking for a charger, whamm, lights out – a total nightmare like independence day, I thought the world was about to end.

I missed the best episode of Strictly and had to sit there in total silence waiting for an update in my underpants which stank of wee. You see the films but you never imagine its going to be you, this was much worse – a real Hell on earth until the power got restored and I’m not ashamed to admit it, but I’ve been to several counselling groups since the outage which have really helped me come to terms with the total despair and isolation,. breathing exercises really helped “

Wanted : Any mopeds for sale?

As the t**le says lads! Looking for something cheap just to tip over to work on, ideally would be looking for a speedfight 2 or honda x8r. Anything out there?

Source: Wanted : Any mopeds for sale?

I’ve a bit of a draw for a decent one of these, but they’re a bit thin on the ground round these parts. Only ones advertised recently I’ve seen are race-bikes.


Anybody got, or know of a decent one – any age – but in really good condition that could be up for sale ?

After a gsxr front wheel, bought one a couple of years ago but there’s a crack in it & its leaking air…:thumbsup2:


Mileage : ~34000 (Will double check later today and post in comments)


Overall Bike Condition : Very good. Scrape on the left side of the tail piece (Tail piece was taken from another bike)


Any Other Relevant Info :


Contact details: I work odd hours at the mo, whatsapp/viber me a text and ill call you back on it – o8941sixsix48o.

Cant attach photos for some reason, shared a google drive link to click on for it.
https://drive.google.com/open?id=1xT…lKYPYZ0oRzlfqY

I have a bunch of stuff that is taking up space at the moment, looking to see if it’s useful to anyone here. I can post photos if anyone is interested.


Helmets – Nitro Aikido and Shoei. Nitro has at least 4 years of commute on it. Shoei is older – probably nicer than the Nitro, some scratches etc, both would be work as useful emergency / backup helmets.